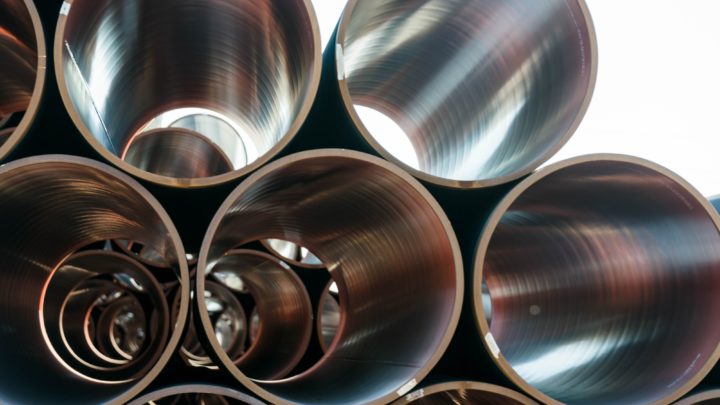 April 20, 2020 | The operation of the Nord Stream 2 pipeline would lower natural gas prices for consumers in Europe. This is shown by the results of an economic model simulation carried out by EWI. It also shows that the route via the Ukraine also contributes significantly to lower natural gas prices in Europe and is therefore important for Europe in the medium term.

Dr. Simon Schulte, Max Schönfisch and David Schlund (all EWI) examined the economic effects of the Nord Stream 2 pipeline using EWI’s European gas infrastructure model TIGER. For this purpose, they defined two scenarios and simulated them for the reference years 2021, 2030 and 2040. In the reference scenario, the pipeline, which is to be completed by the end of 2020, has a capacity of 57 billion cubic metres per year. In the so-called counterfactual scenario, this capacity is not available. Gas transit capacities through Ukraine are changed via a sensitivity in both scenarios and are therefore either possible without restrictions (max. 120 billion cubic metres per year) or limited to 30 billion cubic metres per year.

The results of the simulation show that Nord Stream 2 will increase the supply of gas to Europe and thus reduce prices for the European consumers. In the reference scenario, in which the Nord Stream 2 pipeline is available, more than 50 billion cubic metres of Russian gas per year still flow to the EU via Ukraine in 2030, provided its transit capacities are not limited. Even though the transit volumes are smaller than those of the past, the transit route still plays an important role. This is also due to the fact that less gas is produced within Europe. “The route via Ukraine provides market participants with additional flexibility”, explains Dr. Simon Schulte, Manager and Head of Gas Markets at the EWI. “Via this route, additional gas volumes can be imported from Russia into the EU, especially in the event of rising demand.”

In addition, the simulation shows that natural gas prices would rise in many EU countries if the Ukrainian transit route were limited (to 30 billion cubic meters per year). In that case, more LNG would have to be imported. Thus, not only the Nord Stream 2 pipeline, but also sufficient Ukrainian transit capacities contribute to a more cost-effective supply of natural gas to the EU.

The model results also show that the use of the Nord Stream 2 pipeline would have a price dampening effect on the entire European gas market. “This is because LNG imports are generally more expensive than pipeline imports from Russia,” says Dr. Schulte. “This would not only benefit the countries directly connected to the pipeline, but also neighbouring countries”. This includes Poland in particular: If Nord Stream 2 were to be used, the average volume-weighted gas price in Poland in 2030 would be around 5 percent below the gas price that would result without the additional supply route. Thus, Poland will benefit from Nord Stream 2 to a similar extent as Germany, the Netherlands or Denmark.

Gas prices in the other Visegrad countries and in the Baltic States would also fall as a result of the use of the new pipeline, albeit naturally somewhat less than in countries in the immediate vicinity. The model calculations show that in the scenarios compared, there is no EU country in which prices would rise. The figure shows the relative price difference per country between the counterfactual scenario (without Nord Stream 2) and the reference scenario (with Nord Stream 2) for the year 2030.

The EWI model results are summarised in Chapter 4.3. The short report is also available for download in English.