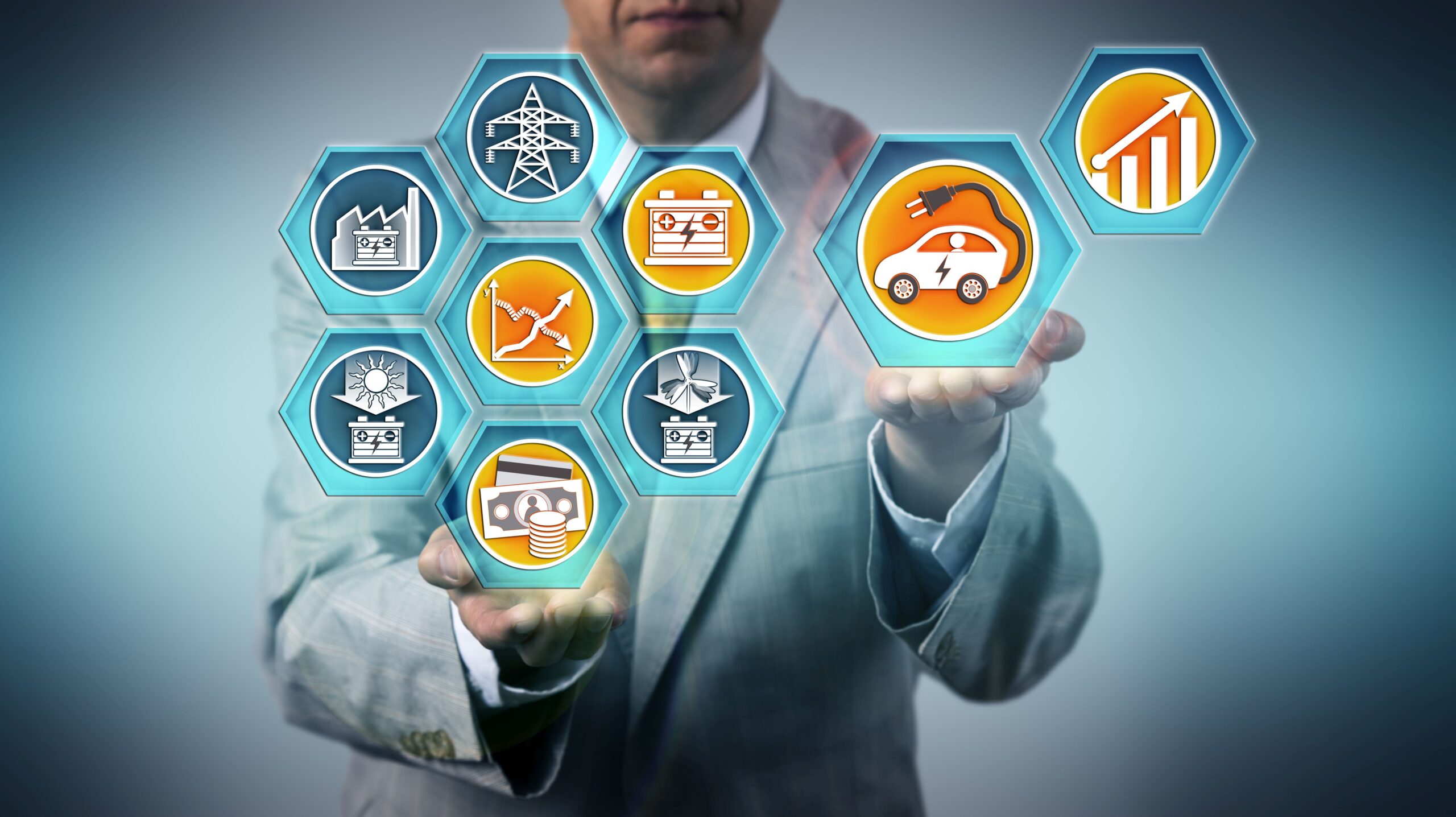 Options for flexibility and decarbonization in an integrated energy system are shown in the final report of the Virtual Institute “Electricity to Gas and Heat”, in which the EWI was involved.

The future energy supply system must be more flexible. After all, energy is to be provided in a climate-neutral manner in the long term. In the medium term, however, the energy transition and the expansion of renewable energies mean that the temporal and local supply of electricity does not always match demand. So what can flexibility and decarbonization options look like in an integrated electricity, gas and heat system?

This is shown in the final report “Volume 1: System Modeling for the Identification of Innovative PtX Applications” of the Competence Center Virtual Institute “Electricity to Gas and Heat”. In this report, the Institute of Energy Economics (EWI) at the University of Cologne, together with the Wuppertal Institute for Climate, Environment, Energy (WI) and the Institute for Energy and Climate Research Energy System Technology (IEK-10) of the Research Center Jülich, analyzed an integrated energy system. Electricity and gas grids were also taken into account.

No import of CO2-neutral fuels to Europe

The goal was to map a European energy system in which the opportunity for diverse and increased penetration of power-to-X plants in Europe or Germany arises via cross-sector competition with other flexibility options. To this end, the EWI team of Broghan Helgeson, David Schlund, Max Schönfisch, and Alexander Polisadov implemented a scenario in the DIMENSION energy system model that assumes a 55 percent or 100 percent reduction in CO2 emissions by 2030 or 2050 (relative to 1990) across all countries and all sectors in Europe. It is also assumed that decarbonization is only possible through energy production in European countries. Imports of CO2-neutral fuels from countries outside Europe are not allowed in this scenario, unlike in many other studies. It can be seen that the electricity sector is largely carbon neutral by 2030 in the scenario, with electrification of the heat and transport sectors leading to a significant increase in electricity demand (+460 TWh or 90 percent compared to 2019) in Germany.

Transport: increased use of power-to-X fuels in addition to electromobility

The model results on the end-use sectors reveal different decarbonization strategies: In the transport sector, conventional energy sources such as gasoline, diesel and kerosene continue to play a significant role until after 2030. In 2040, fossil fuels will still cover around 75 percent of Germany’s energy consumption in road transport. This lack of CO2 mitigation is a consequence of the comparatively high abatement costs compared to other sectors, which mitigate CO2 earlier and more strongly.

In the heating sector, a drastic switch from gas-fired to electric heating will lead to a 70 percent reduction in CO2 emissions by 2030. Electric heat generators account for 43 percent of total final energy consumption in Germany’s heating supply in 2030, doubling to 87 percent by 2050. Power-to-heat, largely via electric heat pumps, dominates heat generation to meet the space heating and hot water needs of households, commercial/retail/services, industry, and agriculture, as well as the cooling and cooking needs of households and commercial services. In addition, heat pumps use thermal storage to respond flexibly to electricity price signals.

Direct use of electricity advantageous

The demand for synthetic energy carriers increases significantly in Germany after 2040 and increases eightfold to 502 TWh within ten years. However, the generation of these power-to-X energy carriers takes place almost entirely in other European countries. Only hydrogen is produced domestically.

On the other hand, under low RE, some flexibility options provide electricity to fill the demand gap and avoid the use of expensive backup power plant capacity. In such cases, stationary battery storage and power-to-heat with thermal storage play an important role.

EWI has also investigated the impact of the resulting gas demand as well as the feed-in of PtX-CH 4 on the natural gas grid and natural gas prices. For a consistent analysis, EWI simulated the electricity market model DIMENSION and the gas infrastructure model TIGER sequentially. The scenario results show that gas transit volumes through the German natural gas grid decrease only slightly by 2040 despite declining domestic demand. The injection of hydrogen into natural gas grids occurs only to a small extent in the scenario studied and requires close interconnection of grid planning for electricity, natural gas, and hydrogen.

Further volumes of the Competence Center

In addition to Volume I, three further volumes have been published. In particular, the EWI was involved in Volume III “Assessment of the use and impact of alternative fuels for the development of future regional infrastructure”. In this volume, the EWI examined future developments in the transport sector using the DIMENSION energy system model. The aim was to minimize the total costs of achieving climate neutrality by 2050 across all sectors and countries considered. The relationship between investments, energy consumption and emission savings in the road transport sector is analyzed together with the impact on the electricity sector for two scenarios.

The results of the ” EuropaAutark” scenario from Volume I show that a minimum-cost 100 percent reduction in CO2eq. emissions in Europe would result in a significant penetration of electric vehicles starting in 2030. In addition, fuel cell vehicles as well as plug-in hybrids powered by green hydrogen and PtX gasoline, respectively, are cost-effective decarbonization options in the long term. In the second scenario, “IEK-14 PROG-MIX,” the DIMENSION model is used again, but with a predefined path for the shares of electric vehicles, fuel cell vehicles, and internal combustion engines. The comparison of the results of the two scenarios shows that limiting the use of electric vehicles leads to less electricity demand from the transport sector and thus to a reduction in the German electricity price. However, the deviation from the optimal vehicle mix in the IEK-14 PROG-MIX scenario leads to an overall increase in the European CO2 price by 100 euros per ton of CO2 equivalent in 2050. In addition, the overall system incurs additional annual costs of about 38 billion euros in 2030, 190 billion in 2040 and 162 billion in 2050. The results of the scenarios highlight the importance of technology-open, cross-sector and cross-border regulation and the need to introduce incentive mechanisms for efficient decarbonization of the energy system.