Coal in global energy: Looking back at the EWI Energy Debate 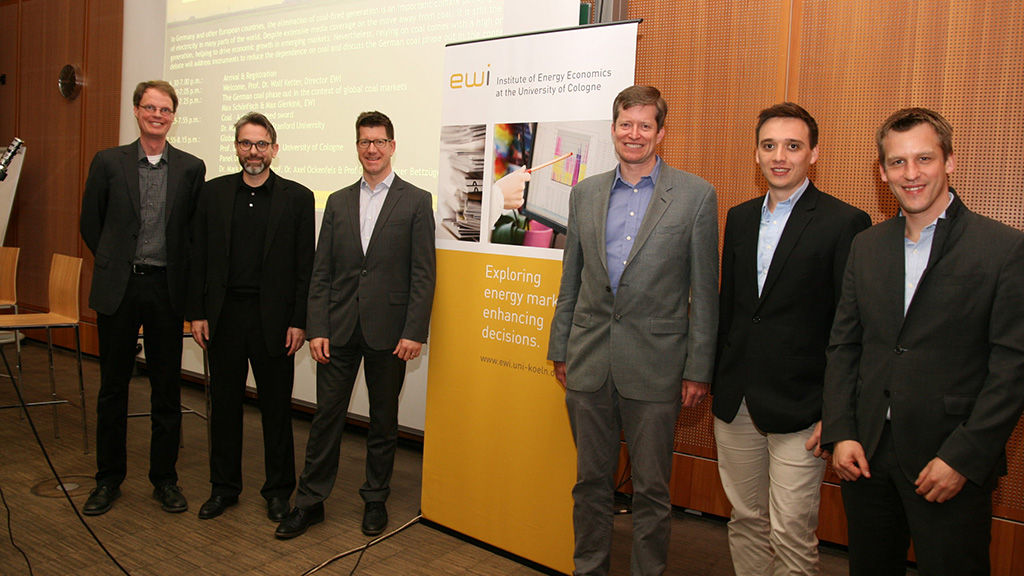 In Germany and other European countries, the elimination of coal-fired generation is an important climate policy goal.

In Germany and other European countries, the elimination of coal-fired generation is an important climate policy goal. However, it is still the main energy source for global electricity generation, helping to drive economic growth in emerging markets. This year’s EWI Energy Debate addressed instruments to reduce the dependency on coal and discussed the German coal phase out in the context of global market developments. More than 100 people were interested in the debate.

After EWI director – and moderator of the evening – Prof. Dr. Wolfgang Ketter had welcomed the guests, Max Schönfisch and Max Gierkink presented institute’s research results: By a comparative scenario analysis, EWI studied effects of the German coal phase out, as proposed by the commission “Growth, structural change and employment”. One aspect became very clear: Whereas in the reference scenario, the national climate target in the energy sector for 2030 is clearly missed, reducing national emissions by phasing out coal will enable the energy sector to achieve its 2030 greenhouse gas target.

After that, Dr. Mark C. Thurber, Associate Director of the Program on Energy and Sustainable Development at Stanford University, presented his new book “Coal”, about why coal has thus far remained the preeminent fuel for electricity generation around the world, despite its negative impacts on local air quality and the global climate. He emphasized the role of emerging economies in global climate policy.

Prof. Dr. Axel Ockenfels (University of Cologne) identified the failure of international climate cooperation as biggest problem. He stated that reciprocity is the key, and carbon pricing would be the best instrument to promote it. In the following panel discussion, Prof. Dr. Marc Oliver Bettzüge, also EWI director, emphasized that there is way too few discussion about the distribution of costs of the energy transition and the social dimension behind.