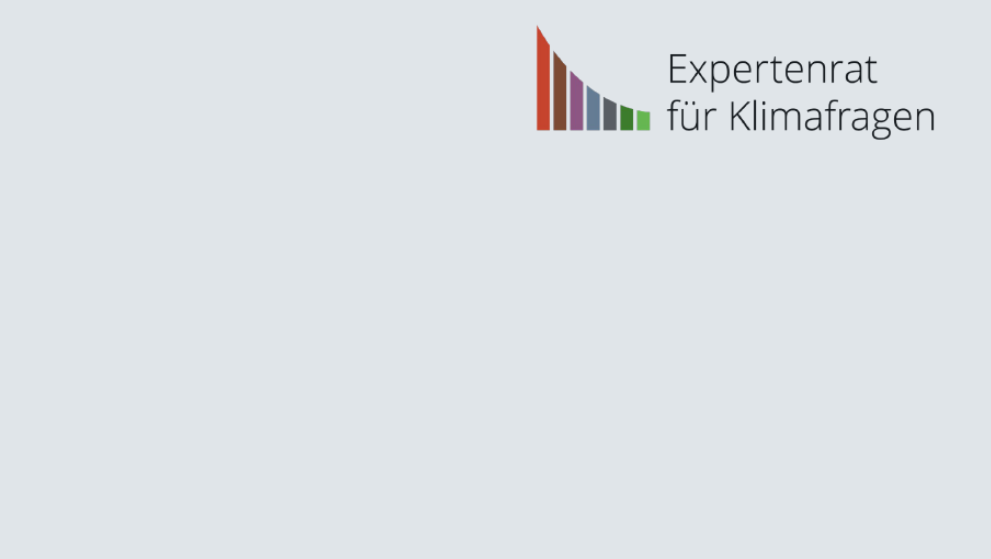 In its new two-year report, the Council of Experts points to a significant compliance gap with regard to the 2030 climate targets. EWI Director Marc Oliver Bettzüge is part of the panel appointed by the German government.

A few days before the 27th UN Climate Change Conference (COP27) in Sharm El-Sheikh, Egypt, the Council of Experts on Climate Change (ERK) presents its biennial report for the first time. In accordance with its legal mandate, the independent body examines in the report the developments in greenhouse gas emissions to date, trends with regard to annual emission levels and the effectiveness of measures with a view to achieving targets under the Federal Climate Protection Act.

The report initially looks at the period 2000-2021, during which greenhouse gas emissions in Germany fell by around 27 percent in temperature-adjusted terms. The energy sector contributed almost half of this reduction, particularly from 2014 onwards. In contrast, the greatest efficiency-related reduction successes were achieved in the buildings, transport and industry sectors in the first decade (2000 to 2010). This was followed by a period of stagnation or even a slight increase in emissions until, partly as a result of the Covid 19 pandemic, there was then a decline in emissions again in industry and, in 2020, in transport, although this was already reversed in 2021.

“We see that an almost continuous increase in activities in all sectors, including rebound effects, counteracted a technically possible stronger reduction in emissions,” said Chairman Hans-Martin Henning. “So efficiency gains were counteracted, for example, by overall economic growth, larger living space, or increased transportation.”

Past trends in greenhouse gas emissions, as well as extrapolations of trends in recent years prior to the Covid 19 pandemic, point to a significant compliance gap for all sectors and overall with respect to 2030 targets. “The emission reduction rates achieved to date are far from sufficient to meet the 2030 climate change targets – either in aggregate or in the individual sectors,” Council member Thomas Heimer notes, elaborating, “The annual reduction amount achieved would have to more than double compared to the historical trend of the last 10 years. In the industrial sector, about a 10-fold and in transport even a 14-fold increase in the average reduction amount per year would be necessary.”

So far, no measures aimed at behavioral change

According to the report, the current pace of expansion in solar and wind energy systems, heat pumps or electromobility will be far from sufficient to achieve the government’s expansion targets in each case. In addition, it becomes clear that to the same extent, the reduction of the fossil capital stock in the building or transport sector, for example of oil and gas heating systems or the fossil car stock, would be necessary to achieve the climate targets in this way.

“If we do not succeed in reversing the trend toward a rapid transformation of the capital stock, it will only be possible to achieve the climate targets if other levers, such as activity development in conjunction with a corresponding change in consumer behavior, are also addressed more strongly,” said Vice Chair Brigitte Knopf. In this regard, she said, the analysis of climate policy measures shows that virtually no measures have been implemented to date that target behavioral change. “In addition, instruments aimed at building up new capital stock have in many cases not reliably led to old capital stock being reduced accordingly, and for many measures the effects have been below the intended reduction targets,” Knopf continued.

“Our observations over the past twenty years make it questionable whether future climate targets can be achieved without a paradigm shift in climate policy,” notes Chairman Hans-Martin Henning. Such a paradigm shift would consist of consistently addressing all available impact areas in the future. One possibility for such a holistic addressing of all impact areas would be the hard limitation of permissible emission quantities. Political control would then no longer have the primary task of controlling emissions, but the all the greater challenge of shaping change in such a way that it is economically and distributively sustainable for the economy and society.

“Climate policy would then no longer be predominantly emissions reduction policy, but increasingly also economic and social policy under the new framework conditions of the hard limit on quantities,” Henning said. Without a hard cap on emissions, the analyses conclude, political measures would have to address not only the accelerated expansion of a new capital stock but also, to a much greater extent than in the past, the reduction of the fossil capital stock and greater exploitation of behavior-related efficiency potentials in order to improve the prospects of achieving the climate targets.