Little Incentives for the Coupling of Solar and Electrolysers 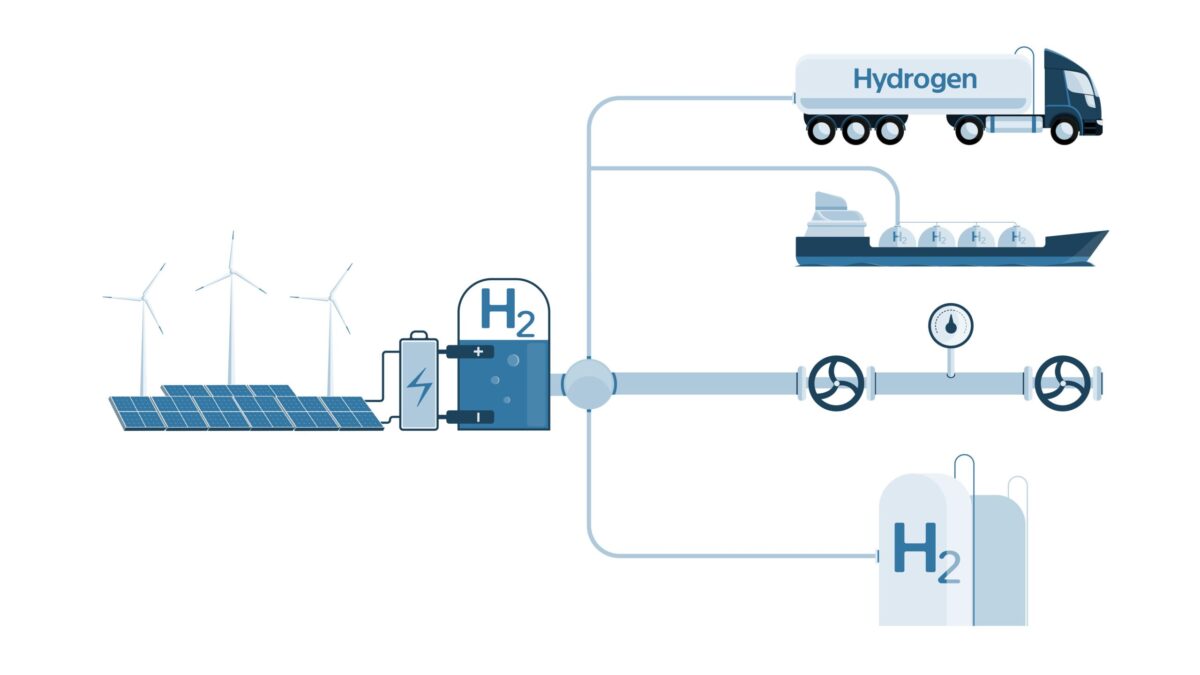 The current regulation sets little incentives to combine the operation of an electrolyser with the build-up of solar capacity. This is the results of a new EWI Policy Brief.

Within the current regulatory scheme, there is little incentives for operators of hydrogen electrolysis to invest into on-site solar capacity. Rather, it is often cheaper to retrieve the electricity directly from the grid. The economic rationale of building on-site solar capacity largely depends on the rules for regulatory electricity price components for electrolysis as well as the rules for selling renewable electricity on the market. This is the conclusion of the Policy Brief „Regulatorische (Fehl-) Anreize bei der Produktion von grünem Wasserstoff“ of the Institute of Energy Economics at the University of Cologne (EWI). 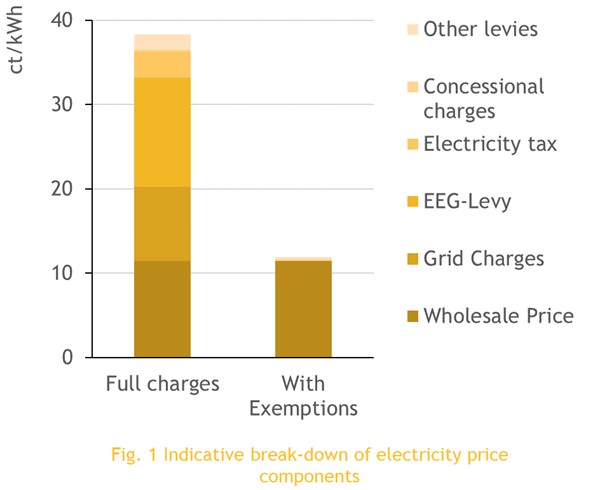 The electricity price is the biggest cost driver of electrolysis operations. When buying electricity on the market, operators can decrease the cost of electricity almost to the wholesale price (Figure 1). There is only a minor share of levies left to be paid (e.g. KWK-levy, Offshore-levy). This is possible due to a number of regulations:

The alternative to grid electricity of the build-up of on-site solar capacity. Here, operators assess whether they want to feed-in the generated electricity, or directly couple the solar plant to the electrolyser. In the latter case, only residual load is sold on the market. The renumeration of this residual load in the case of self-consumption differs according to solar plant size in the EEG:

Should the build-up of on-site solar be more attractive?

Generally, the direct build-up of on-site solar capacity is attractive if this helps to save regulatory components of grid electricity. However, as electrolysis operators are exempt from almost all regulatory components anyway, there is little savings realized for self-consumption as opposed to grid electricity. Additionally, there is renumeration risk for the feed-in of residual load in the case of self-consumption, which is not the case for full feed-in. Thus, there is little gain in terms of cost-savings, but a higher renumeration risk for self-consumption, leaving it unattractive.

However, when giving potential additional incentives one must consider potential economic distortions within the energy system. Theoretically, in the case of well-established price signals, indicating both scarcity and grid congestions, the optimal location of solar panels should coordinate itself. In this case, giving extra incentive to locate them next to electrolysers might create inefficiencies. Still, giving the high build-up goals within the energy transformation, it can make sense to mobilize build-up as much as possible and create additional incentives for the coupling of solar panels and electrolyser capacity.