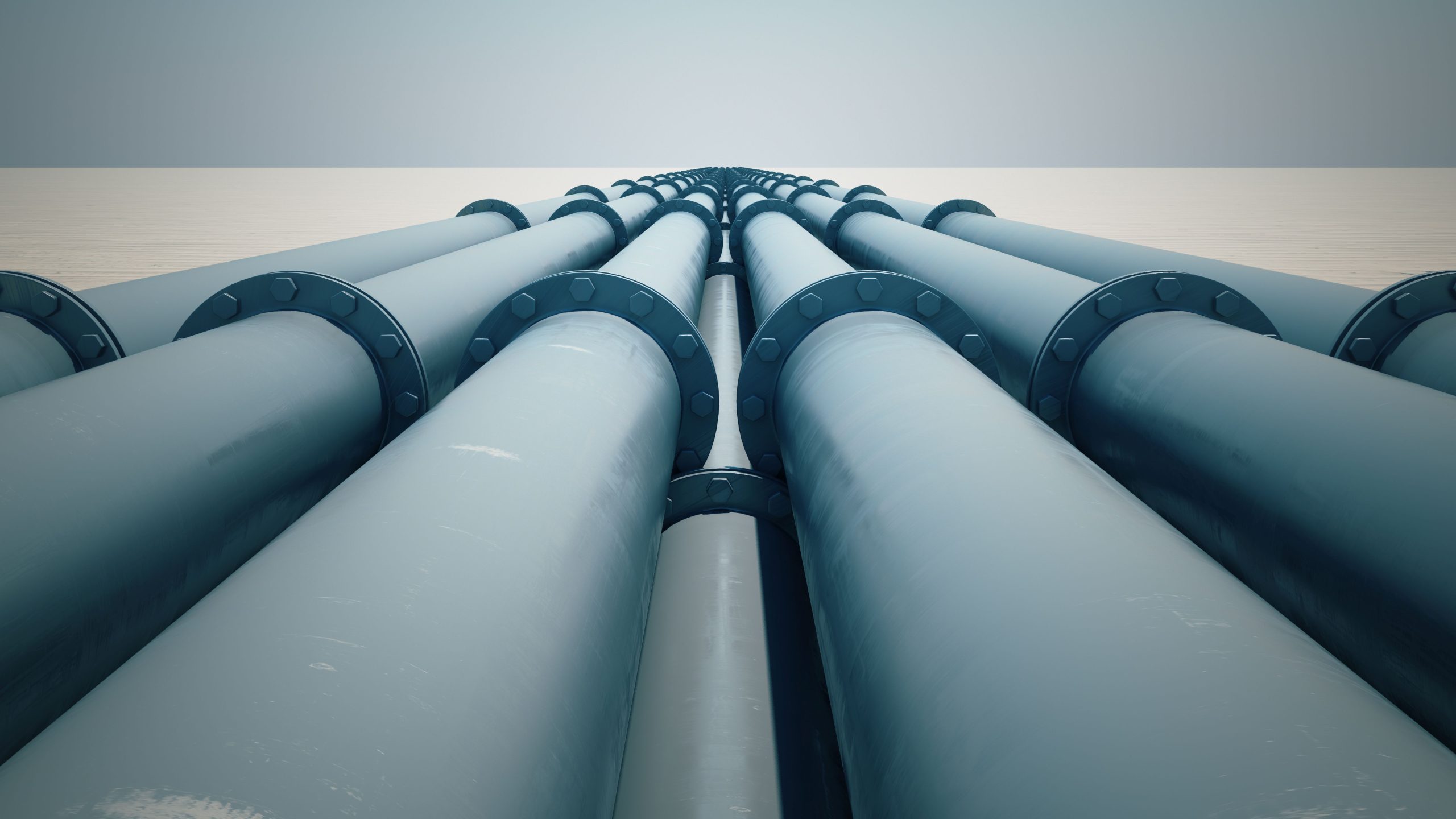 From January to October 2022 prices on the power exchanges temporarily rose to record levels. In an analysis, the EWI examines the driving factors, based on an update of the EWI Merit Order Tool 2022.

The energy crisis is driving electricity prices to record levels, with the wholesale electricity price exceeding EUR 850/MWh at its peak. These price levels significantly exceeded the peak from 2021 of up to 300 EUR/MWh. The weekly average price reached its all-time high in late August; in calendar week 34, it was 586 EUR/MWh. On average, 240 EUR/MWh was paid in the months of January to October 2022. This is about three times as much as in the previous year, and more than eight times as much as in 2020. Since August 2022, the price of electricity has decreased again, however prices remain at historically high levels.

Experts from the Institute of Energy Economics (EWI) at the University of Cologne have investigated how these record prices arose in the brief analysis “Record electricity prices in 2022”. The analysis by Fabian Arnold, Dr. Eren Çam, Konstantin Gruber, Jakob Junkermann and Philipp Kienscherf is based, among other things, on the update of the EWI Merit-Order Tool 2022, which is now freely available. The tool can be used to map the dispatch sequence of conventional power plants based on their marginal costs. The dispatch sequence, the so-called merit order, is a central component of price formation on power exchanges: The most expensive power plant required to meet demand in each hour determines the price for all market participants, i.e., it is price-setting.

“In 2022, fuel prices have again risen sharply compared to the previous year” says Philipp Kienscherf. ” Record prices on the gas markets, in particular, have caused electricity prices to jump this year – especially in August.”

In 2022, at times significantly more than EUR 200/MWhth was paid for gas, a key driver of high electricity prices. The gas price was primarily driven by the distortions on the gas markets as a result of the war in Ukraine. Factors that have led to rising prices include:

The price of emission certificates also rose, albeit not as significantly as for fuels. The record value in 2022 of EUR 100/tCO2 was only slightly above the previous year’s high of EUR 90/tCO2. In the period to October 2022, industry and the energy sector had to pay an average of EUR 81 to emit one metric ton of CO₂, around 35 percent more than in the same period last year. However, the rise in certificate prices was already clearly felt at the end of 2021. On the one hand, the high certificate prices are driven by the reduction in supply associated with the tightening of European climate targets. On the other hand, there is higher demand in the energy industry: since hard coal and lignite-fired power plants have higher CO2 emissions than gas-fired power plants, a switch from gas-fired to coal-fired power increases the need for CO2 emission allowances.

Overall, the higher prices for fuels and CO2 emission certificates increase the marginal costs of conventional power plants and thus influence the order of dispatch on the electricity market, the so-called merit order. The average marginal costs of gas and coal-fired power plants in 2022 were at a significantly higher level than in past years.

“Although marginal costs increased for all conventional generation technologies, the price increase for natural gas was significantly higher than for CO2 certificates and hard coal,” said Fabian Arnold, senior research associate at the EWI. “This development was particularly profitable for operators of coal-fired power plants, whose profitability increased significantly due to high electricity prices – driven mainly by gas prices.” 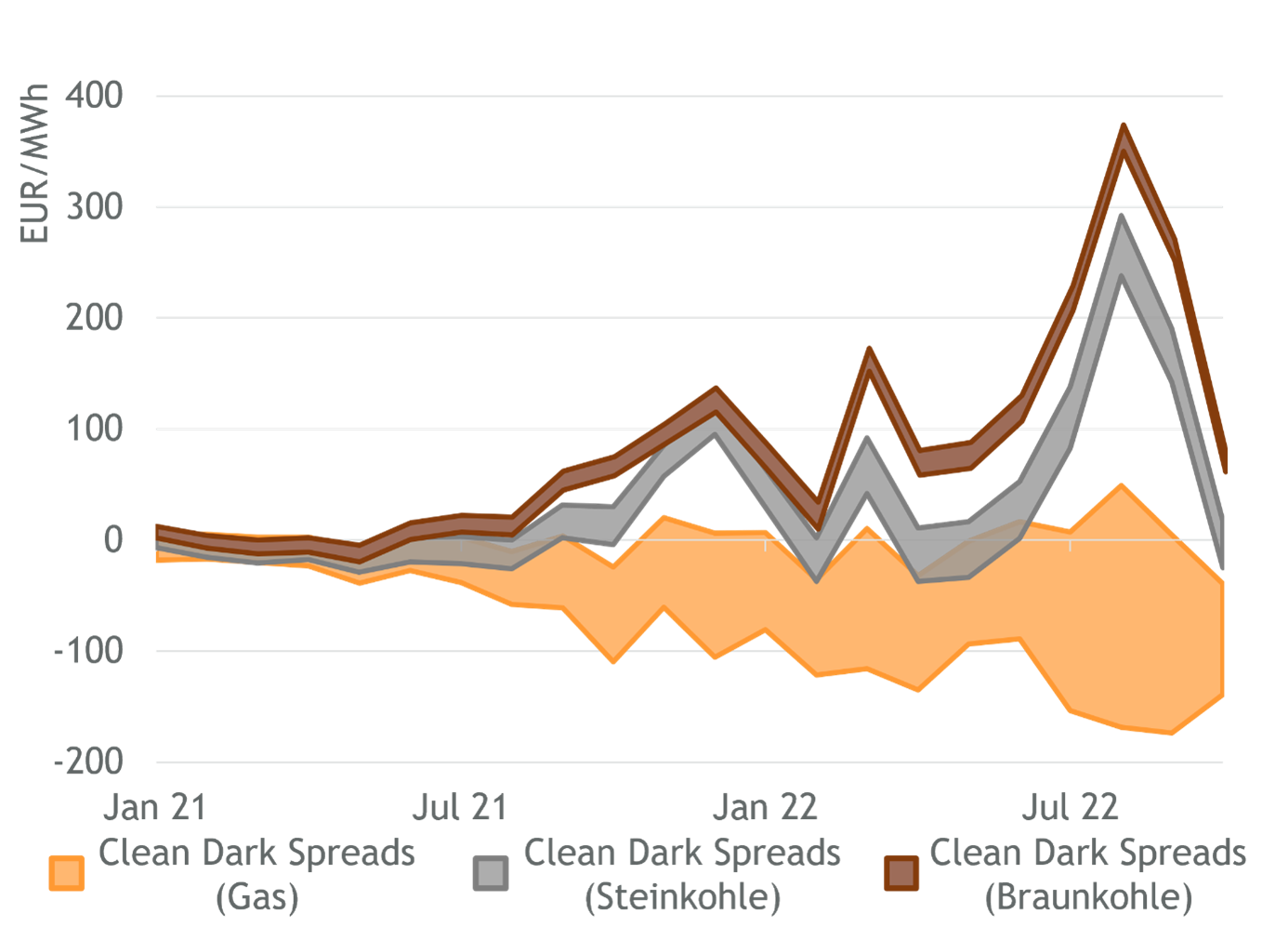 Figure 3: Monthly clean spreads for gas and coal-fired power plants, 2021-2022 (Assumed electrical efficiencies: coal: 35-46%, lignite: 34-43%, gas: 40-61%; Sources: Ember Carbon Price Viewer, EEX Transparency Platform, investing.com (CME), SMARD Strommarktdaten)Since the end of August, gas prices and therefore electricity prices have fallen significantly. However, prices remain at historically above-average levels. Short-term development of electricity prices will depend on developments on the gas markets, and thus on factors such as the temperature in winter, heating behavior, and LNG import opportunities. Power generation in other European countries, especially nuclear power in France, will also play a role. In addition, power plant closures on the one hand and the lifetime extensions of coal-fired power plants and the extended output operation of three German nuclear power plants on the other are likely to influence prices in the medium and long term. 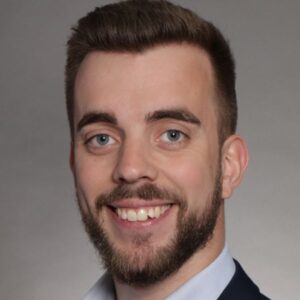 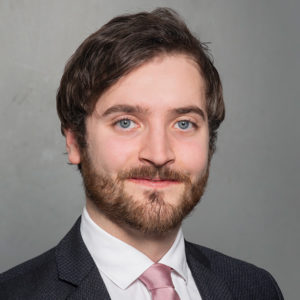