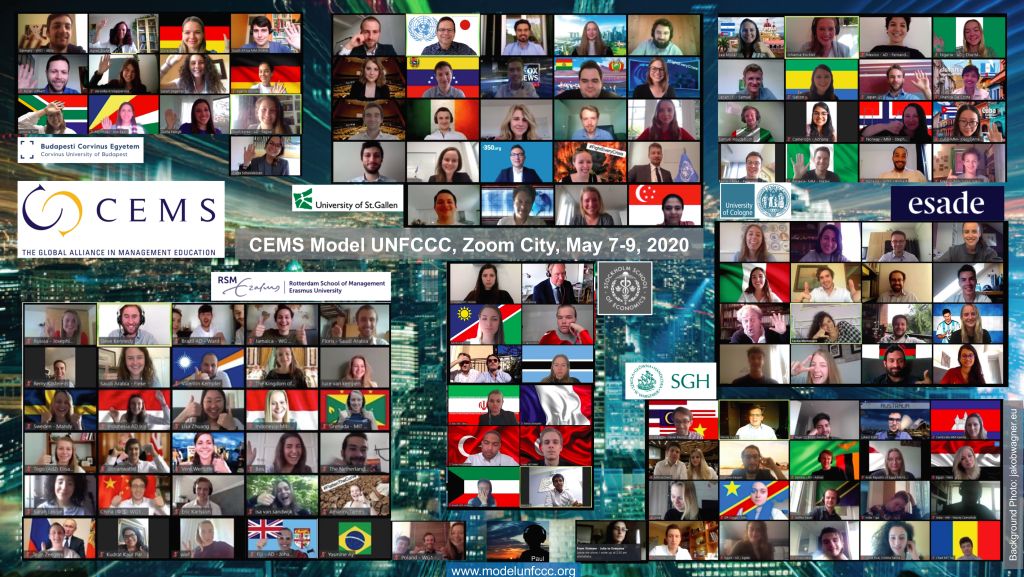 The CEMS Model UNFCCC is a simulation of the UN climate negotiations. University of Cologne and EWI have prepared 17 students for it.

Actually, the trip for 17 Cologne students should go to Warsaw this year. But this year – as so often – everything turned out differently: From their own four walls they negotiated a new climate protection agreement in virtual negotiations together with 130 other students from all over the world.

The CEMS Model UNFCCC is a simulation of the United Nations climate negotiations. The 12th edition took place this year for the first time via video conference. The Chair of Energy Economics at the University of Cologne had previously prepared the Cologne students for the final business game in a course on the economics of climate change.

However, the fact that both the course and the simulation took place in “Zoom City” this time could not dampen the students’ enthusiasm: after more than 48 hours of intensive negotiations, each of which lasted until late at night, they were able to agree on a new climate agreement. While important cornerstones such as a global CO2 price were also not found to be consensual in the simulation, the students at least agreed on a tightening of the climate targets from 2°C to 1.8°C. They also found a solution for financing the Adaptation Fund.