New Scientific Advisory Board of EWI takes up work 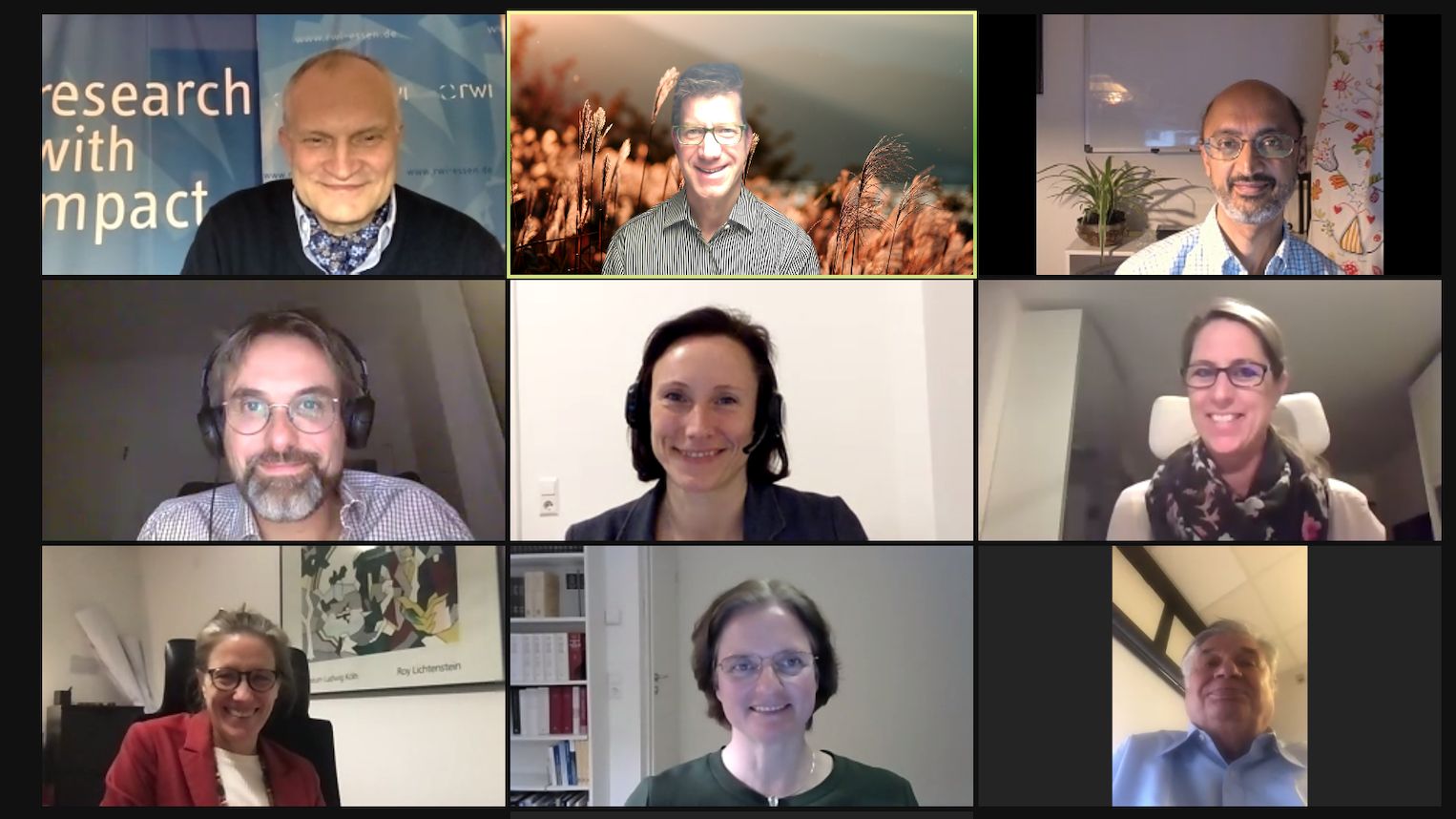 A Scientific Advisory Board composed of seven experts representing complementary fields will offer guidance to EWI in the further development of its research activities.

The Institute of Energy Economics (EWI) at the University of Cologne is now accompanied and supported by a Scientific Advisory Board staffed by prominent field experts. This board will regularly evaluate the status and development perspectives of the institute’s research activities and make recommendations. In addition, it will advise EWI in scientific matters, including questions of strategic value. Another focus of its work is the support of EWI in cooperation within science and interdisciplinary research.

Under the direction of its chairman, RWI President Prof. Dr. Dr. h. c. Christoph M. Schmidt, the Scientific Advisory Board began its work in a constituent meeting on November 2, 2020. EWI’s Scientific Advisory Board consists of seven renowned experts from different disciplines and thus represents a broad spectrum of expertise in and around energy economics and energy informatics:

“We are very pleased that we have been able to win outstanding experts and highly esteemed colleagues for our Scientific Advisory Board,” says EWI Director Prof. Dr. Marc Oliver Bettzüge. His colleague Prof. Dr. Wolfgang Ketter adds: “With their international and interdisciplinary expertise, the members of the Advisory Board will support us as the leading research institution for energy economics and energy informatics in Europe.”

“In view of the major challenges associated with the energy system transformation, the research of EWI is not only of high academic interest, but also of considerable relevance to practice,” says Professor Christoph M. Schmidt, Chairman of the Advisory Board. “It is therefore a matter of concern and a pleasure for me to be able to contribute to the further development of research at EWI in my new role”.