“To see the trees and the forest simultaneously”: Remembering EWI director Höffler 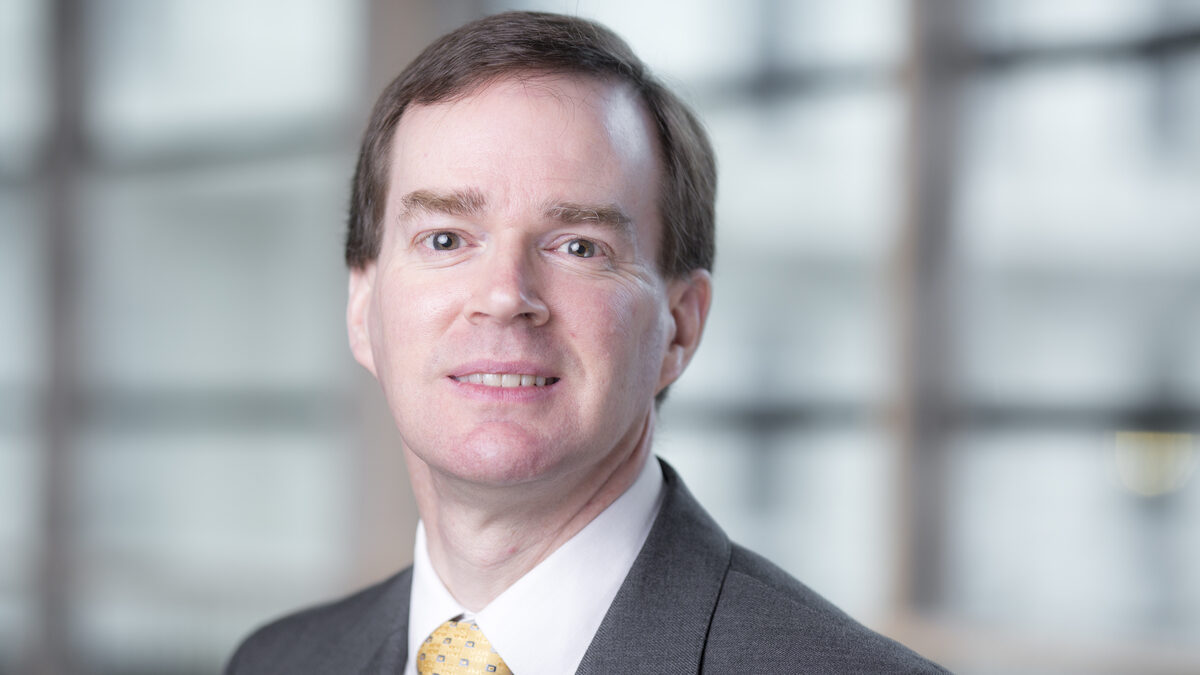 “We want to honor his life and work. We owe him a deep debt of gratitude – for his mentorship, his leadership, and above all for his friendship.” With these words, Wolfgang Ketter, director of the Institute of Energy Economics at the University of Cologne (EWI), introduced this year’s Felix Höffler Memorial Lecture. Höffler, a chairholder at the University of Cologne and director of the EWI since 2011, had passed away on February 4, 2019, after a severe prolonged illness. In his honor, the Institute of Energy Economics hosted a commemorative event for the second time this year.

The internationalization of the institute was very close to Höffler’s heart, Ketter said. This was one of the reasons why an internationally renowned economist gave the keynote speech in his honor again this year.

Achim Wambach, likewise a former chair and vice dean at the Faculty of Economics and Social Sciences at the University of Cologne, also paid tribute to Höffler’s work. In particular, he praised his ability to think both in terms of economic theory and political application: “If you want to do relevant scientific policy consulting, you have to understand the underlying economics and the institutions involved. So you have to see both: the trees and the forest. Felix was able to do that.” Moreover, he says, Höffler was always open to good arguments, and at the same time, serious and careful in his reasoning.

One of the topics Felix Höffler last researched was capacity markets. The background to the discussion surrounding these markets is the share of fluctuating renewable electricity generation, growing for years, and the simultaneously decreasing share of conventional power generation from nuclear or coal-fired power plants. Particularly given the “cold, dark doldrums,” i.e., situations with high demand for electricity and simultaneously low feed-in from solar and wind power plants, secured capacity mechanisms could become necessary in the future to satisfy the electricity demand. A capacity market could tender or price the provision of secured power generation capacity.

At the same time, a capacity market could address the so-called “missing money” problem. In the current European electricity market (energy-only market), put simply, only the energy actually generated is compensated, not the (mere) willingness to generate electricity. Therefore, according to critical voices, there is a lack of incentives for constructing peak-load power plants. These run only a few hours a year and thus have difficulties recouping their operating costs. This problem is still highly relevant today: For example, in a recent, widely acclaimed report for the dena study (dena-Leitstudie), the EWI indicated the need for an addition of 15 GW of gas-fired power plants by 2030 alone – but so far, no plans for additions on such a scale are known in the market.

“Felix was convinced that without government intervention, there would be insufficient investment in power generation capacity,” Wambach said. He had in mind a market failure that occurs in situations where both supply and demand are completely inelastic at the same time. These situations arise when all available power plants operate at full capacity and consumers cannot respond to demand because of inflexible prices.

In 2012, in a study for the German Federal Ministry of Economics, Höffler had already pointed out that in an electricity system with a high share of renewables, there was a need to create incentives for sufficient investment in generation capacity. Capacity markets could be one solution, the study team concluded.

Research on energy and telecommunications

Green had worked with Felix Höffler on the EWI’s scientific advisory board. His last memory of him: relaxing at an event in the EWI’s courtyard, showing great courage in the face of his disease. “Normally, microeconomists such as us specialize in energy markets or telecommunications markets because the two fields are each so complex. Felix did both – and delivered excellent work in both fields.”

EWI director Marc Oliver Bettzüge thanked Green at the end for his lecture: a “successful combination of theory and practical relevance, as Felix would have liked very much. We miss him greatly.” He also thanked Höffler’s family for attending.

Höffler had been appointed Professor of Political Economics at the University of Cologne and director of the EWI in 2011. In 2016, additionally, he became director of the Institute for Economic Policy (iwp). Already in 2019, a few months after his death, the EWI commemorated its former director with a Memorial Lecture. Shmuel S. Oren (University of California at Berkeley) gave the keynote lecture in his honor.