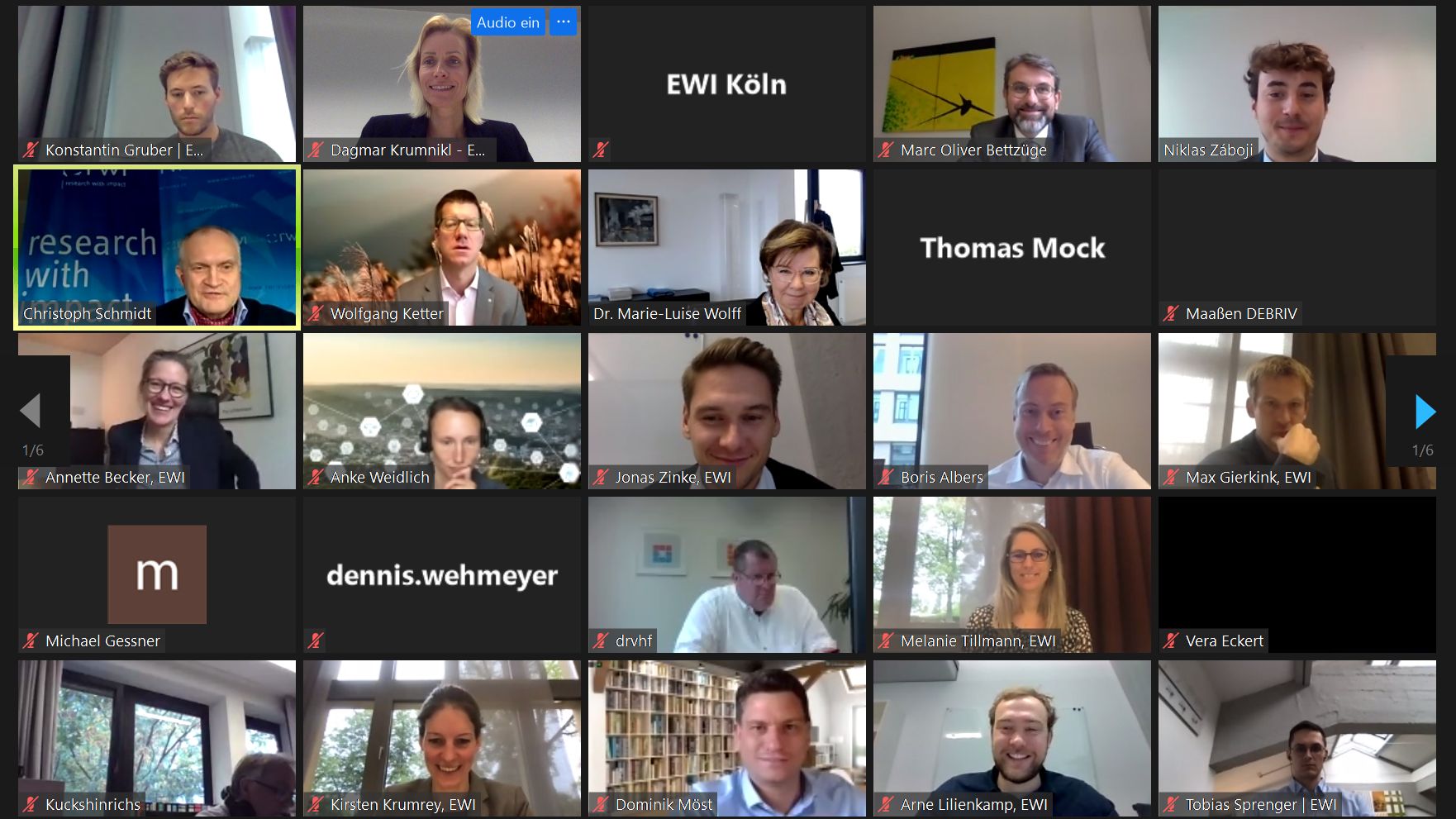 Experts from science, industry and politics discussed the Green Deal, the European climate target and the global perspective at EWI Energy Conference.

The Green Deal is one of the key topics that Ursula von der Leyen, President of the European Commission, announced in her inaugural speech last year. In September, she also announced that the Commission wants to sharpen the European climate targets again. The European Parliament has now decided that emissions are to be reduced by as much as 60 percent by 2030 compared to 1990, after von der Leyen had proposed a reduction of at least 55 percent.

At EWI Energy Conference, experts from science, industry and politics discussed “Green Deal: how to make it work? – Economics and Regulatory Policy in Europe and Germany“. The annual conference was held in cooperation with the German newspaper Frankfurter Allgemeine Zeitung and the organisation of the electricity industry, BDEW – and for the first time since 1948 virtually. 146 guests joined the statements and the following panel discussion on German and European energy politics, a hydrogen economy and the global perspective on CO2 abatement.

„An encompassing and uniform carbon price“

“With our ,Energy Supply Strategy for NRW’, we provide guidance and the right framework to actively shape the energy transition towards climate-neutrality while simultaneously strenghtening NRW as a key area for industry and energy supply”, said Michael Gessner, Director General Energy in the Ministry of Economic Affairs in the State of North Rhine-Westphalia. “Hydrogen must and will play a crucial role in decarbonisation.”

Dr. Marie-Luise Wolff, President of BDEW, added: „The German energy industry is more than willing to make the energy transition a plain success. To get things done, we need the right framework. And we must pull out all the stops!”

One of these stops is going to be a carbon price, which is already in place in the electricity and industry sector, but not yet for transport and buildings. “An encompassing and uniform carbon price should be the principal coordination device for the myriad of decisions necessary for the energy transition”, said Prof. Dr. Dr. h. c. Christoph M. Schmidt, President of the RWI – Leibniz Institute for Economic Research.