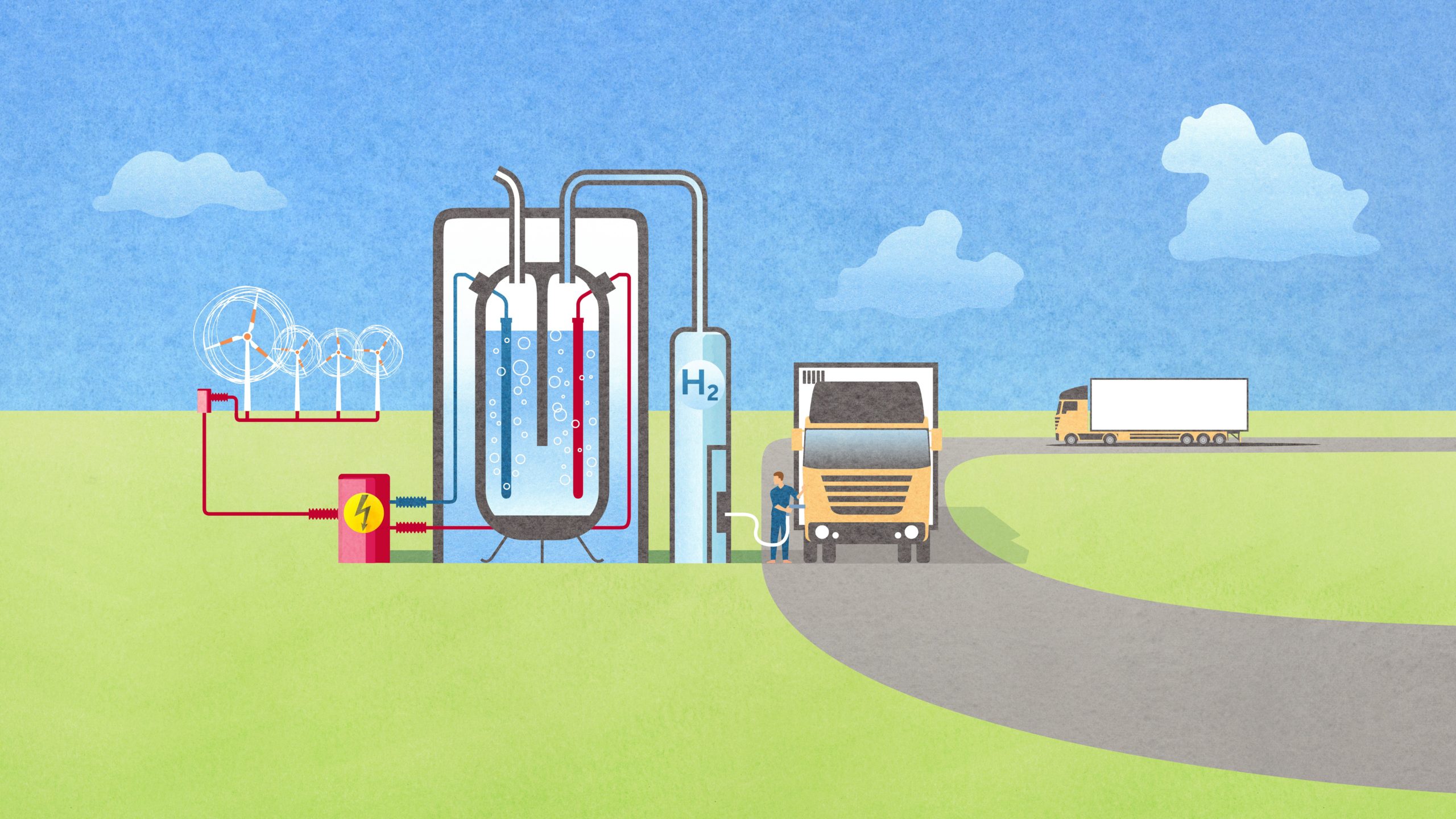 Energy suppliers are already positioning themselves as key players in the production of green hydrogen. A new EWI policy brief also highlights challenges in coordinating demand.

As the production of green hydrogen increases, the German hydrogen market’s roles are being reorganized, both in terms of supply, infrastructure, and demand. The energy system’s integration and the resulting new role of hydrogen – from a chemical feedstock to an energy carrier – could see energy suppliers replacing existing hydrogen producers in the long term. On the demand side, new players, such as the steel industry and heavy-duty transport, will also enter the market.

The evaluation of nearly 40 interviews with experts from business, NGOs and society, as well as nearly 80 hydrogen demonstration projects in Germany reveals that energy utilities are already playing a central role in green hydrogen production projects and are thus positioning themselves for the future.

Moreover, most of the interviewed experts interviewed see utilities as key stakeholders in a hydrogen market. Because they are experienced in the generation and trading of electricity and often have a diversified portfolio in the generation, they could have competitive advantages in producing green hydrogen, increasing the pressure on the chemical industry and industrial gas producers. For example, a competitive advantage for utilities could be existing wind farms coupled with electrolyzers.

“The market ramp-up of hydrogen will only succeed in the short term through government market intervention. This is because green hydrogen will soon be in demand by many companies and sectors. Still, its availability will be limited at the beginning,” says EWI manager Dr. Simon Schulte, who authored analysis and policy brief together with Tobias Sprenger and David Schlund. “Therefore, the allocation of public funding needs to be understood as a political prioritization of sectors. To ensure a cost-effective distribution of short hydrogen in terms of climate protection, criteria such as CO2 mitigation costs should be used as a distribution key.” Subsidies are necessary, he said, because green hydrogen is not yet economical compared to conventional energy sources.

“Besides, with the objectives of the National Hydrogen Strategy, policymakers have also decided to pursue industrial or development policy goals in the market ramp-up of hydrogen, ” says Dr. Schulte. “It is important that these are translated into objective and measurable variables.”

“It is still an open question how a market working without government subsidies might look like,” says Dr. Schulte. “In the medium to long term, policymakers should focus on market-based solutions and provide an ‘exit strategy’ for subsidies from the very beginning. In the long term, market-distorting instruments – such as different taxation and surcharges – should be reduced and CO2 price signals strengthened in all end-use sectors.”

The publications were made as part of the “Hydrogen Research Program: The Role of Gas in the Energy Transition,” an initiative of the Society for the Promotion of the Institute of Energy Economics at the University of Cologne.