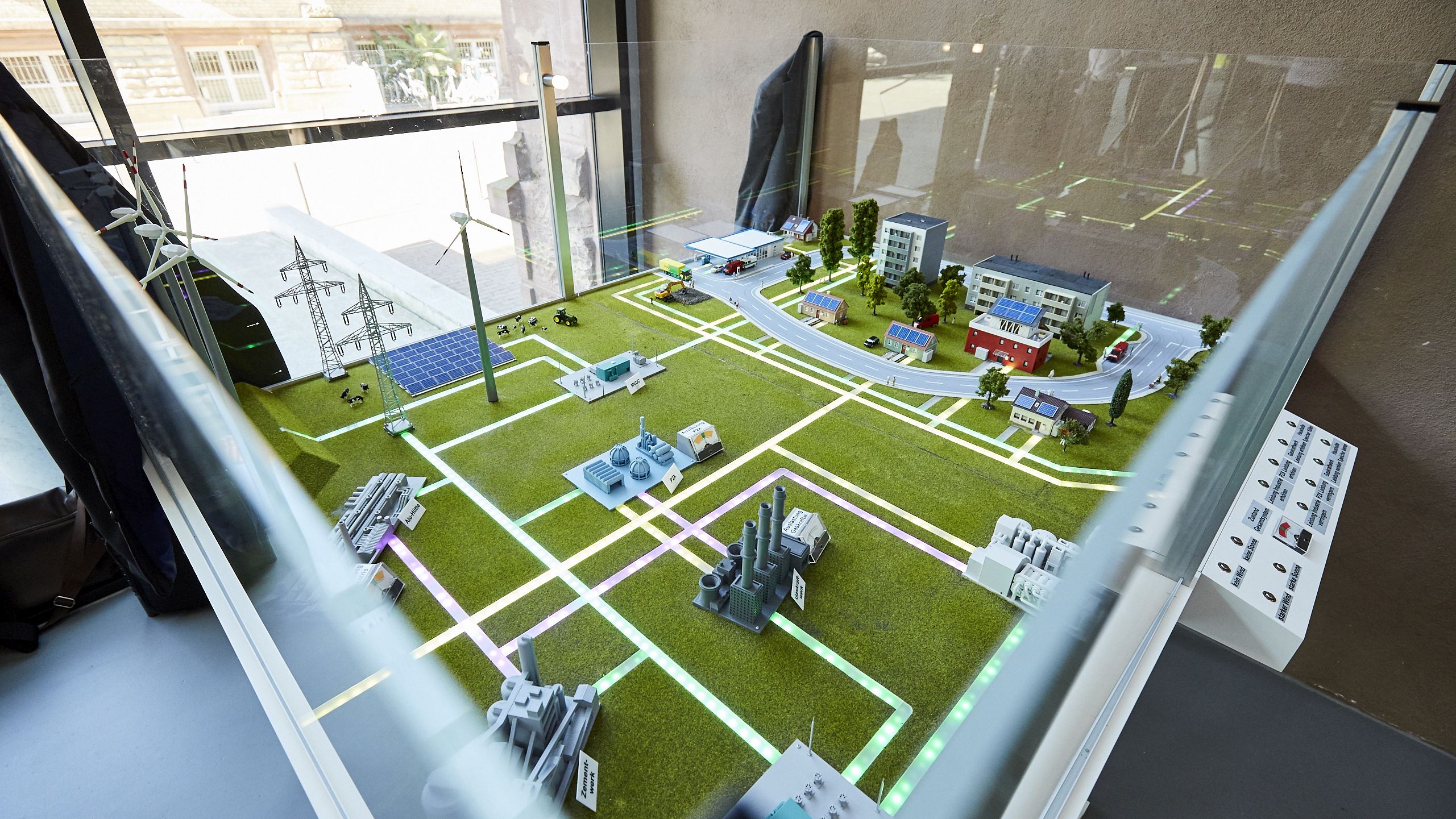 The Kopernikus project ENSURE does research on grid structures for the future German energy system. Two new publications provide insights into the results.

How must the electricity grid change if more and more electricity comes from renewable energies and generation thus becomes more decentralized and volatile? Answers to this question are developed in the research project “New Energy Grid Structures for the Energy Transition” – or ENSURE for short. ENSURE is one of the four Kopernikus projects funded by the Federal Ministry of Education and Research (BMBF).

The results have now been published in the form of two papers. The brochure “Development Paths from the ENSURE Project: Transformation of the Energy System up to the Year 2030” describes storylines which were developed in stakeholder dialogues with representatives from, among others, industry, trade unions and environmental protection organizations. This resulted in a total of four development paths:

Theresa Wildgrube and Jonas Zinke, Research Associates at EWI, have, together with manager Dr. Eglantine Künle, translated the qualitative storylines into quantitative energy system scenarios. In several workshops they then fed back the quantitative results of the modelling to the stakeholders, revealed contradictions and discussed possible adjustments with the stakeholders in order to make the scenarios more consistent.

The study “Centralised and Decentralised Characteristics of Future System Structures” builds on the development paths created in the stakeholder dialogue. It examines the extent to which centralized and decentralized elements of the electricity supply are feasible and efficient from a technical and economic perspective – and accepted by society. The result: Regardless of which of the four development paths is pursued in the coming years, there will always be a need to expand the grid at both the centralised and decentralised levels of the electricity system.

“In contrast to previous studies, the ENSURE study involved nine research institutes, industry partners and NGOs,” says Wildgrube. “In this way, different perspectives come together: market and grid as well as ICT infrastructure. The results from our energy system modelling at EWI served as input for the research of the project partners”.

Since the start of the project in 2016, EWI has been part of the ENSURE consortium, which includes research institutes, universities, system operators, NGOs and industrial partners. The EWI is also involved in the second project phase (February 2020 to January 2023). The aim is to develop an overall concept for energy supply up to the year 2050 that meets the challenges of the energy system transformation. This concept is the basis for the planned “Energy Cosmos ENSURE“, for which a digital twin will be created in this project phase and first pilot assets will be tested. Subsequently, the third project phase will test the systemic interaction of the various elements on site.

Within ENSURE, EWI models the effects of sector coupling on the European electricity market and conducts research on the regulatory framework and future market design. The focus is on the economic analysis of coordination and incentive mechanisms from an actor and system perspective as well as the investigation of interactions between individual elements of a future market design. For details on the role of EWI please click here.

Jonas Zinke
jonas.zinke@ewi.uni-koeln.de
Back to Overview